DATE WITH THE DEAD - Book One - a Ripsters Novel 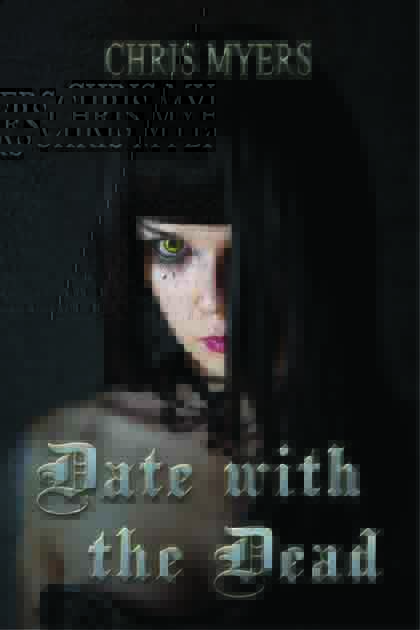 Enter the World of the Dead...

Sixteen-year-old Jolie Livingston's closest and only friend Drew is this really hot dead guy, and it bites that the self-absorbed princesses at school cannot even see him. That's right she can communicate with the dead. It's the living she has trouble with. She and her mom inherited this awesome crib in Plymouth, MA. It's quite a step-up from the homeless shelter in New Orleans, but there's a catch. They can't afford the past due mortgage, so Jolie's working on that.

She starts a ghost hunting business called Ripsters. Somehow she's managed to recruit Brittany, a glamour SAP smothered in pink, and a techie allergic to ghosts. Brit actually thinks he resembles the R&B singer Chris Brown. All that pink has clouded her vision. They both have special talents Jolie's hoping will be useful to their venture. Right now, they're working for a family in need of major therapy due to a dead guy with a hole in his head.

Hayden, a really cute guy, who lost his Wiccan mother, wants to join Ripsters, but Jolie's grandmother warned her about his kind. Jolie often finds herself torn between her loyalty to Drew and her secret attraction to Hayden, even though it's highly unlikely a living guy as hot as Hayden would be interested in a girl cozy with the dead.

Top 100 semi-finalist of 2009 Amazon Breakthrough Novel
2008 Rocky Mountain Fiction Writers Gold Contest Finalist for Ripsters
Publishers Weekly Review
Plymouth, Massachusetts, is the perfect setting for this tale of ghostly hauntings and murder. High–school student Jolie offers a first person account of her life as a ghost hunter. Working together with cohorts Reese, Hayden, Brittany and Drew ( a ghost ) , Jolie seeks to solve the haunting of a home by John Distal, a man who was most likely murdered. As Jolie gets closer to uncovering the identity of Distal’s murderer , she is pursued by an unknown assailant driving an SUV. A subplot involving a dead soldier haunting Brittany provides some light–hearted relief to the intensity of the mystery as the ghost hunters forge through Burial Hill to help the soldier find his lost love. And one of the most appealing aspects of this novel is the author’s ability to create suspense as Jolie and her friends come closer to solving the mystery behind Distal’s murder. Well–crafted characters fill the pages of the swift–moving plot which culminates in an explosive finale.

Goodreads reviews for Date with the Dead